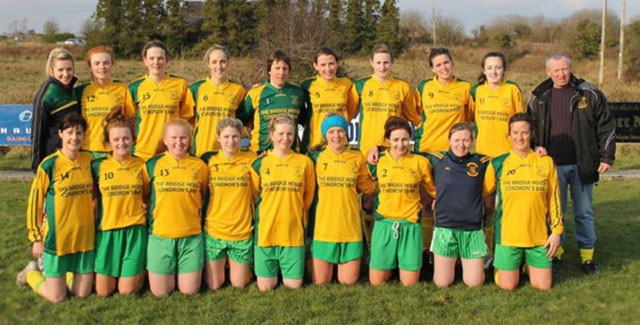 The last remaining team from the Desmond League went out of the Munster Junior cup at Newmarket on a 5-1 scoreline. The winners went up a goal as early as the fifth minute and could have been out of sight by the 20th minute but for a few fine saves from Kenrick and when the ball struck the post. Even so Ballingarry had the best chance of the half when Lenihan misfired with just the keeper to beat.

Celtic went two up in the second minute of the second half when Ryan lost the ball on the edge of the box and Ballingarry were punished. With twenty minutes remaining Ballingarry were offered a lifeline when Kiely scored from the spot after Kelly was fouled. Then the moment that turned the game arrived when Forde found himself one v one with the keeper but his shot went straight at the Newmarket number 1. Within two minutes Ballingarry were 3-1 down. Eoin Ryan guided the ball out for a corner from which the winners scored direct. Two more were added in the final five minutes.
Team: Kenrick; Healy, Kelly, E Ryan, O’Grady, Lenihan, P Ryan, Kiely, Clancy, D Kelly, D Clancy.
Subs Used: Moore, Burke, Forde.