That system changed in the early 1990s to a system where more than two teams progressed thus making it difficult to run a local competition at which point the Munster Junior Cup Desmond Area competition was cancelled. Ballingarry AFC had the notable distinction of winning that competition in 1988-89 when beating Bally Rovers 2-0 in the area final at Newbridge, home of Creeves Celtic. 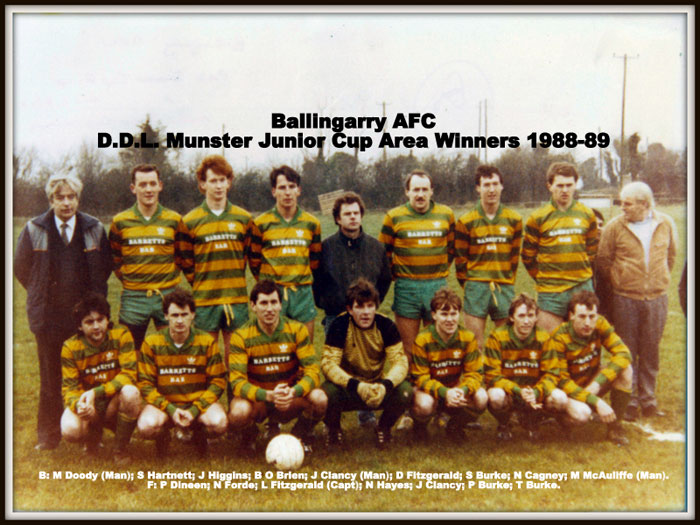