Two Ballingarry sides progressed in their cup over the week with big wins. The 8s are in the quarter final of their cup thanks to a 5-2 win against Pallas. Mike Molloy hat a hat-trick while Seamie Houlihan and Kieron Storin had one each, the scoring was rounded off with an own goal.

The 14s too had a massive win and progressed to the semis with Old Mill proving no match for the home side. Sean Moran helped himself to four with Davin O’Donnell, Nathan Clancy and Mikey Hickey from the spot adding one each. 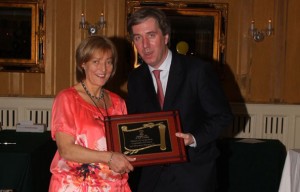 On a sad note the club would like to extend its deepest sympathy to the Barrett family on the sudden death of Rita Barrett. The family have a long association with the club dating back over 26 years both as sponsors, players and supporters. As a mark of respect the clubs Under 16 game was called off while the club formed a guard of honour at the church comprising of all the former chairmen, president, junior team captains and present committee members. May she rest in peace.