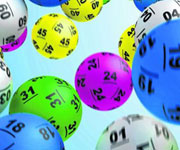 The development that one sees when they enter the club gates is owed in its entirety to the clubs weekly Lotto Draw.

Initially it was a joint venture between Ballingarry AFC and neighbours Granagh United with the first draw staged on Christmas week 1993 with the latter club deciding to go on their own in 1995. It was one of the first lotto draws launched in the area.

Ballingarry AFC added a new feature in the summer of 1997 called “Playing At Home” which gave subscribers the opportunity to enter twelve weekly draws for the price of ten draws. It also allowed them play the same numbers for the twelve draws while filling out just one ticket, the ticket being re-entered every week for the twelve draws. The simplicity of the system plus the saving its represents makes this system highly popular.

Since its introduction the club lotto has generated almost €200,000 towards the club development while winnings paid out to subscribers has exceeded €200,000 with the biggest single win being £14000 (€16500 approx).

The draw is staged weekly with €150 added to the jackpot when it is not won.

If you would like to contribute to the further development of Ballingarry AFC by joining the club lotto draw or by promoting the lotto please contact the lotto draw co co-ordinator Declan Hartnett at 087-9634802.

While the club promotes a very successful lotto draw it is not the only means of raising funds pursued by the club. The club also provide advertising space around the perimeter of the grounds where a yearly rent applies. If you would like to advertise a business or indeed sponsor the club in any way, please contact the club financial controller Seamus Burke at 087-9965745.