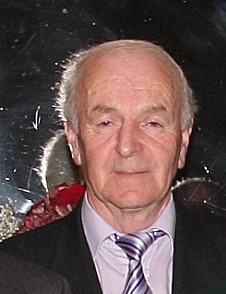 Ballingarry AFC is deeply saddened by the death of our former Chairman, manager and President Moss McAuliffe who sadly passed away today Wednesday July 22nd last.
Moss was a founding member of our club in 1984, our first team manager who guided the team to their first title in 1986. He was the clubs first Chairman and first President.
He was a hugely popular figure within the club and the wider community, a man who was held in the highest esteem by everyone that knew him, he will be sadly missed.
The club would like to offer its deepest sympathy to his wife Mary, son Moss Jnr, and daughters Michelle, Fiona and Lorraine and his extended family and many friends.
May he rest in peace.
The club will be forming a guard of honour at the Church Ballingarry on Friday next July 24th.
Anyone who had or has involvement with club and would like to be part of the our guard of honour please meet across from the church at 12.30pm.