The Limerick Desmond Football League has, since Ballingarry AFC was affiliated to the league in 1984, always provided a competition dedicated to each division. This competition is called The League Cup and it is open only to teams competing in that particular division. E.g. in season 2010/11 Ballingarry A could only compete in the Division 1 league cup as that was the league division they competed in that season.

The format of the competition has changed several times in that period of time and what Ballingarry found when they joined the league in 1984 was a competition that was played over two legs at the first round stage with the aggregate scores deciding who progressed to the next round where the competition developed into a straight knockout format. This system continued until the end of season 1988-89 when it changed into a straight knockout competition until season 1999-00 when it changed into a group system where each division was divided into two groups, teams played each other once with the top team in each group meeting in the final which was finished on the day.

The tournament was further changed at the beginning of season 2004/05 when it was made a straight knockout competition with all games including the final finishing on the day. From season 2019/20 the Premier Division league cup was moved to Mick Hanley Park (Clounreask) where all rounds of the competition would be played mid week therefore allowing each club with a team in the Premier division the opportunity to play at league headquarters at least once a season.

Ballingarry AFC and The League Cup 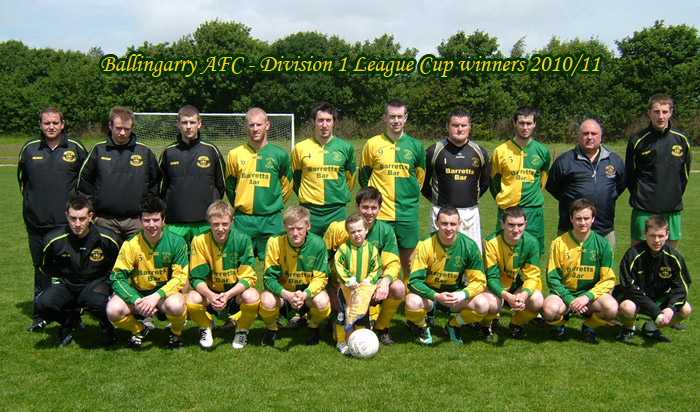