It was more glory for Ballingarry on Monday last (May 19th 2014) when the under 14 boys collected the Division 2 title. It went to the wire as expected with visiting NCW the only team that could stop Ballingarry from taking the trophy. As it happened it was an easy outing for the winners with Ballingarry winning 7-2 on the night.

Congratulations to Benji Kelly on guiding his charges unbeaten to the league. Gerard Costello of the LDSL presented the trophy to captain Sean O’Connor after the game. 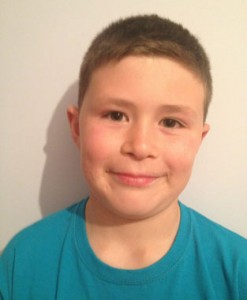 Cian Sheehy LDSL U 10 Division 5 player of the year.

Also congratulations to Cian Sheehy on being voted LDSL U10 Division 5 player of the year.